Suicide rates increased in 49 states, including Iowa, from 1999 to 2016. As overall rates rise, the U.S. Department of Veterans Affairs has reported veterans are twice as likely as civilians to die by suicide. While the factors contributing to deaths by suicide are far too complex to nail down in simple terms, there … END_OF_DOCUMENT_TOKEN_TO_BE_REPLACED

The recent deaths of Kate Spade and Anthony Bourdain, both of whom recently died by suicide, have reminded us to pay attention to what has become an epidemic in our country. We need to better educate ourselves so we can see the warning signs in loved ones and equip ourselves with the tools to help those who are on the … END_OF_DOCUMENT_TOKEN_TO_BE_REPLACED 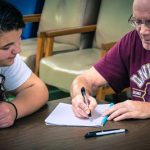 Optimae customers across the company have access to a newly revamped service that provides additional support for their recovery through goal-based work. Intensive Psychiatric Rehabilitation (IPR) is guided by the values of customer involvement, choice, self-determination and principles drawn from the field of … END_OF_DOCUMENT_TOKEN_TO_BE_REPLACED 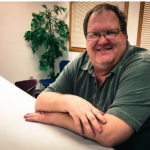 This is part of an ongoing series highlighting individuals’ journey with mental illness in an effort to educate others about the disease and fight the stigma attached to it during Mental Health Awareness Month.At age 20, Brent Deppe had his first mental break.Then a Central College sophomore, Deppe played basketball … END_OF_DOCUMENT_TOKEN_TO_BE_REPLACED